ARE YOU A FOODIE SUPERSTAR?
WE’RE HIRING! 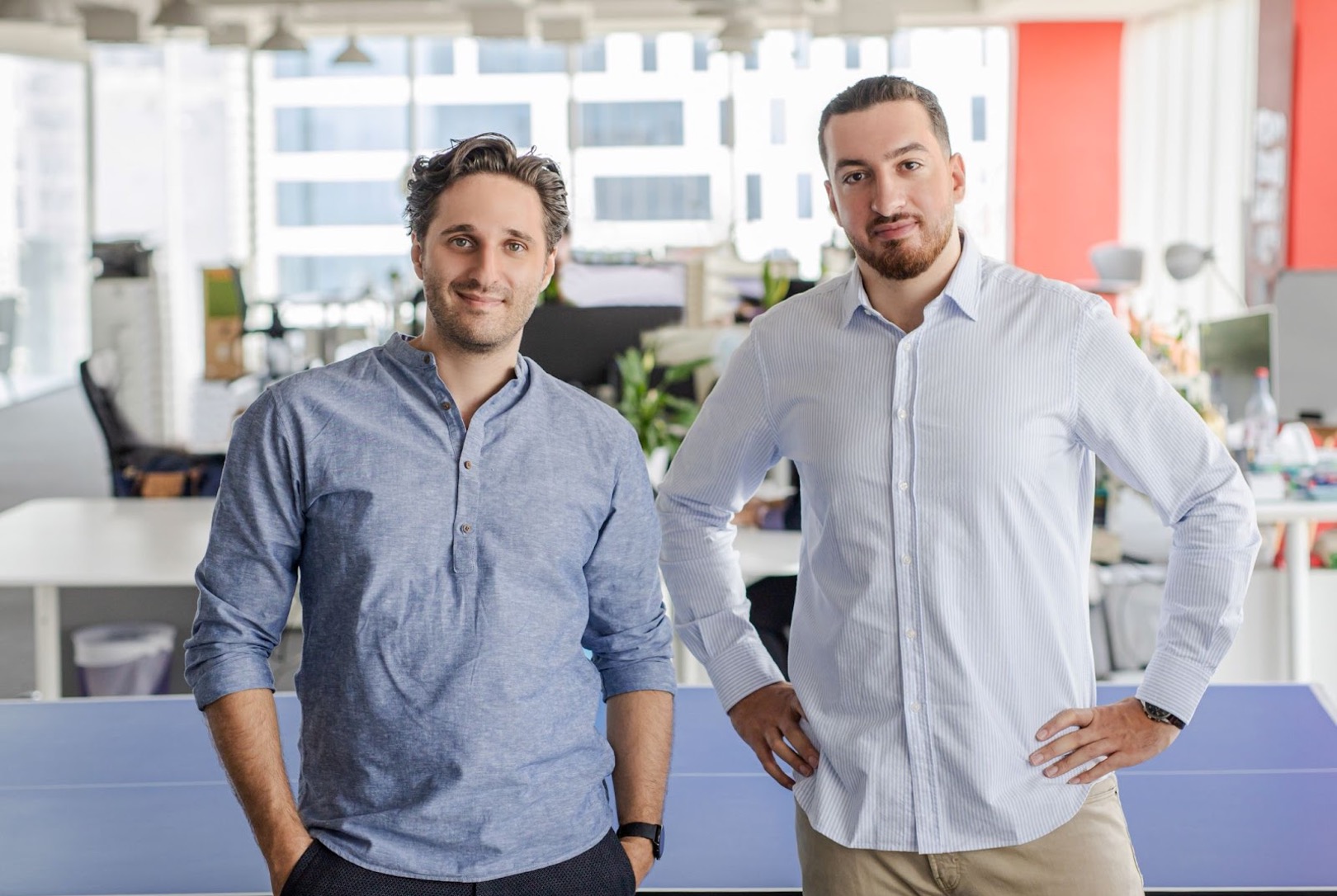 September 15th 2021, DUBAI: Elkaso, the first B2B platform connecting restaurants and suppliers in the region, today announced that it had raised $2.1M in pre-seed funding from Global Founders Capital, MSA Capital, and strategic global and regional angel investors. Investors include former and current leaders of Careem, Delivery Hero, Apple, Faith Capital, Talabat, Eyewa, and Instashop – along with other seasoned entrepreneurs.

Elkaso was founded in early 2021 by veteran entrepreneurs Manar Alkassar and Ahmed. The platform is operational in the UAE and KSA, with further expansion planned in 2022. Within its first months of launch, the platform has already witnessed stellar growth and is currently serving more than 1,400 partner restaurants and suppliers.

The co-founders are no strangers to the world of tech startups: Alkassar was the Head of New Ventures at Rocket Internet Middle East and the founder and CEO of Helpling Middle East. Soliman previously was Vice President at Delivery Hero, overseeing the growing logistic operations for all DeliveryHero brands in the region, including Talabat, Carriage, Zomato, HungerStation, and Otlob.

Alkassar and Soliman came together to address a pressing challenge in the region's thriving F&B space: the absence of an easy, seamless platform that connects restaurants with their suppliers to place and manage their orders. Despite rapid innovation in food delivery globally and regionally, restaurant supply chains still remain largely manual, presenting an exciting opportunity for the disruption and transformation of a market valued at $50bn annually in the Gulf region alone.

"While ordering food from restaurants has become the poster-child of our new digital lifestyles, ironically, restaurants still find themselves ordering their own supplies mostly manually or with old-fashioned, clunky systems," said Alkassar. "We are building the Elkaso platform to close this gap in the MENA region and to improve transparency in the food-supply chain. The app seamlessly connects restaurants and suppliers, enabling them to communicate, discover, place, and fulfil orders easily."

Elkaso’s vision is to disrupt the food supply chain by digitizing the relationship between restaurants and suppliers. The company not only intend to drastically improve efficiency and transparency in the food supply chain, but also significantly reduce food waste in the region. 40 million tons of food were wasted in the Arab world last year, with 40% of them originating along the supply chain. Approximately 250 kgs of food per person (427kg in KSA) is wasted annually in MENA, worth a total value of $60 billion. Considering the MENA region imports 90% of its food, countries such as the UAE, with $3.5 billion of annual food waste, are taking food waste reduction as a national priority aiming to halve the per capita global food waste by 2030 following the Sustainable Development Goals (SDGs). Up to 50 percent of food wasted can be avoided with digitization, saving a business up to 25% of its total cost.

Ben Harburg, the General Partner of MSA Capital added, "The Middle East is one of the world's fastest-growing, highest-margin food delivery markets, yet parts of the ecosystem remain analogue. Digitizing procurement is a critical solution for viably scaling HORECA in both online and offline contexts, which we have mapped and invested into globally. As such, we believe Elkaso has the strongesta team to execute this strategy in the region."

Mohammed Jaffar, Co-founder and Managing Partner of Faith Capital said “I am excited about the disruption Elkaso’s creating in the B2B food procurement experience in Saudi Arabia & UAE. The business makes it easier to identify the right supplier, simplify the transaction process, and illustrate transparency by leveraging technology to cut the friction in the region’s F&B supply chain, connecting restaurant businesses and suppliers. I believe that the company, led by founders with extensive experience and a proven track record of success, has the aptitude, resources and distinct advantages in place to be in an exceptional position to forge across the region”.

When asked about their plans for the future, Elkaso's co-founder Ahmed Soliman, comments" We are looking to build an incredible and diverse team in the markets that we are planning to launch in soon. For this aggressive expansion, we are looking to onboard people eager and excited to transform restaurant supply chains digitally."

Elkaso is currently free to use and can be downloaded by restaurants and suppliers on Android and iOS platforms.

Currently operating in UAE and KSA, Dubai-based Elkaso is the Middle East's first platform connecting restaurants with suppliers. The company was founded by tech entrepreneurs Manar Alkassar and Ahmed Soliman, with the vision to disrupt the food supply chain. By digitizing the relationship between restaurants and suppliers, they not only intend to drastically improve efficiency and transparency in the food supply chain, but also significantly reduce food waste in the region. 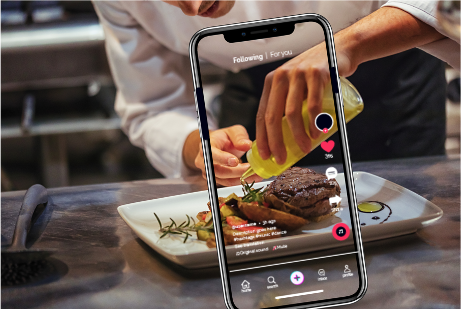 If you're a restaurant owner, it's important to know the best way to reach your target audience. After all, millennials are the biggest spenders on food right now. As of January 2022, Saudi Arabia and the UAE have the highest TikTok penetration in the world for adults over the age of 18! 87.9% of people over 18 use TikTok in KSA, and 81.3% in the UAE. 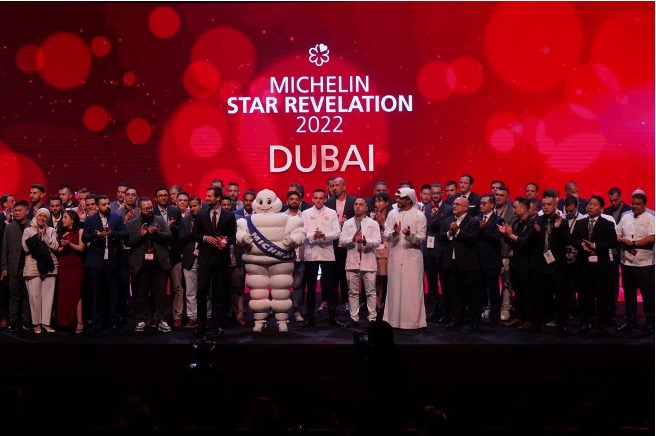 11 first-ever Michelin Stars in Dubai have been revealed!

The first-ever Michelin Stars in Dubai have been unveiled! Foodies, get your bookings in quick because we’re sure these stars are going to be fully booked for a while. 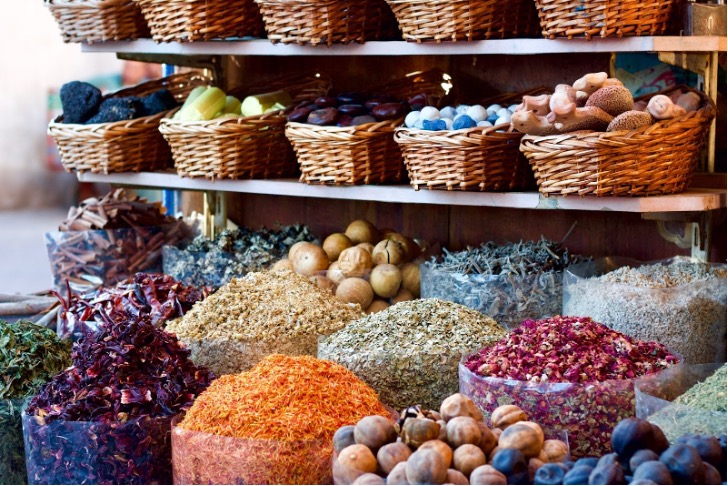 Choosing the right supplier for your restaurant

Choosing a supplier is no easy task, it's like buying a new car, or renting your first apartment. It requires plenty of research, reviews, and reaching out to people to get their opinion. For all 3 options, your decision will be based on quality, terms & conditions and price. Similarly, when picking out a supplier you need to go through the same process and be aware of all of those conditions.